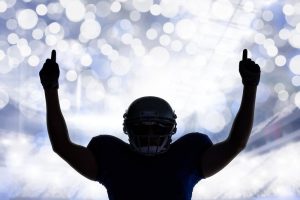 Tar Heels Throw Down in First Game of the Season

2019 has started off with a bang for UNC's football team! Beginning their season with a head-to-head match against South Carolina's Gamecocks, UNC's Tar Heels won with tremendous effort. As the game traded hands for the win in the second half, the Gamecocks and Tar Heels fought to take the lead. The Tar Heels battled hard to take home the victory and their success was well deserved and hard-earned in the end.

As reported by Sports Illustrated, Coach Mack Brown was so humbled by the team's victory he had to hold back tears during the post-game interview. The team even waited for their coach in the locker room with a plan to convince him to dance in honor of their big win. While Brown didn't fulfill their playful request with anything more than an awkward victory dance, he did gain quite a few laughs and wound up on a video to memorialize the playful atmosphere.

UNC's local media, The Daily Tar Heel, reported that the team was focusing on having a good season while also having fun. Including a custom made belt to showcase just how united and successful the team could be. While still enjoying themselves, they celebrated by making news headlines with their turnover belt.

VICTORY IS WITHIN REACH

With the season just beginning, UNC's Tar Heels have a long road ahead of them with upcoming matches. While they have a nerve-wracking past when it comes to playing against the Florida Hurricanes team, the Tar Heels are already showing great strides to ensure they pack in a few more wins under their belt this season. A sold out event for the September 7th game against the Hurricanes is encouraging the team to work hard and strive to put their best foot forward.

Their upcoming match against the Miami Hurricanes isn't the only excitable game coming up, as they still have to face off against the Clemson Tigers and Georgia Tech's Yellow Jackets. The season may only be starting, but the UNC team is rooting for victory and working hard to get Coach Mack to dance a few more times before it ends.

For those of you in the middle of relocating to a new location, keep your eyes open for the team of the year. Contact us to help you settle into your new apartment near UNC, and we'll make sure you're prepared to watch the next game. Football lovers around will be watching and cheering all season long for UNC's Tar Heels to continue their impressive plays.