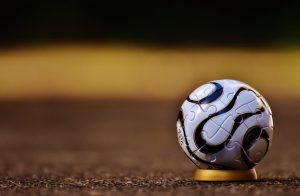 If you're a Tar Heel fan, then you know a little bit about soccer. How can you not? The current coach has led UNC to 22 national championships. The Tar Heel soccer team is making ears burn right now - well, their alumni are. And whether you were viewing the World Cup games from one of the various apartments near UNC or catching the action from far away while dreaming of being part of the Tar Heel nation, you were most definitely watching.

ALUMNI ADDED TO THE WIN

That's because there were five alumni front and center as part of the U.S. team this year. The final score was 2-0, with the U.S. coming out on top. Helping them get their win? A defense led by UNC's very own Crystal Dunn. She created intense pressure that kept goals at bay. Everyone on the team deserves credit, but we're especially proud of UNC's very own fab five: Dunn, fellow starter Tobin Heath, and reserves Allie Long, Ashlyn Harris, and Jessica McDonald. These former Tar Heels reminded everyone what's possible with dedication and some killer moves.

The Tar Heels have certainly created a legacy within Women's Soccer and the World Cup. Dunn, Long, and McDonald became the 21st, 22nd and 23rd UNC players to win a World Cup. According to Bryan Ives, 33% of the players from the four U.S. Women's World Cup-winning squads played for the University of North Carolina. The stars certainly aligned and brought home a win for the U.S. - and our Tar Heel community.

MAKE UNC YOUR NEXT WINNING GOAL

Soccer legacies and stellar athletic departments are one of the many reasons students come to UNC. If you're looking to get in on the action for yourself and live a short walk from it all, Shortbread Lofts is the place to be. Contact us to learn how you can make us your choice for student housing in Chappell Hill, NC next year.